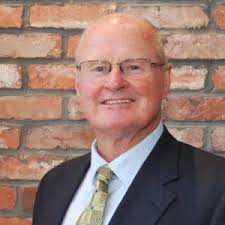 Independent Director - GroGuru Board of Directors

Rory Moore is the CEO and co-founder of EvoNexus, the leading technology incubator in Southern California.

Rory was the seed round investor, co-founder of Peregrine Semiconductor Corp. (NASDAQ: PSMI), one of the world’s leading providers of radio frequency integrated circuits (RFICs) for the wireless communications and aerospace markets. Peregrine ships millions of chips every week to cell phone manufacturers around the globe.

Rory was also the seed round investor and founding CEO of Silicon Wave, Inc., now owned by Qualcomm. Silicon Wave produced the world’s first Bluetooth chips. Bluetooth chips are now in billions of devices from cell phones to automobiles.

Rory was a co-founder of e-Fire.com, Georg!a Now and Optical River. In 2009 Rory founded a technology incubator called EvoNexus with Vice Admiral Walter Davis, a board member of CommNexus (now EvoNexus).

In 2018, for all that he has done with EvoNexus, building a community to help give entrepreneurs a much better shot at success, Ernst & Young awarded Rory the Supporter of Entrepreneurship award.

A University of Michigan graduate, Rory continues to make angel investments in technology firms throughout the region. His other passions include unlimited aerobatic competition flying, scuba diving and surfing.